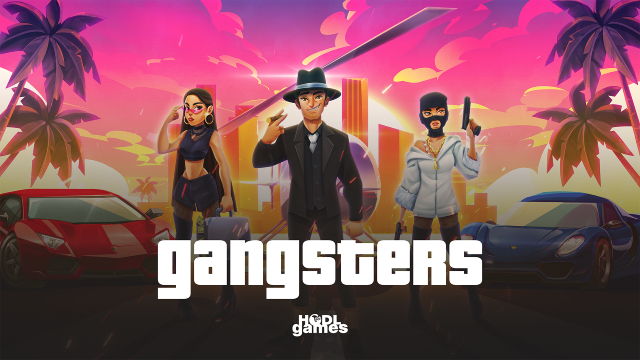 HODL Games has taken its first major step towards international expansion by purchasing the domain name Gangsters.com. HODL Games will now focus on international free to play play to earn games that can be played anywhere in the world.

HODL Games has been active on the Dutch-speaking market for some time now with the games BOEF and Bulletstar, and not without success. These browser-based games are still very popular in The Netherlands and Belgium.

In 2021, it was announced by HODL Games that two new titles are in development, Daddy69.com and Coinleone.com, both of which are free-to-play play-to-earn titles for the international market. These two games are expected to be released as closed beta in the second quarter of 2022.

Be the boss and take control of turfs, business, loot, and raid other gangs to expand your empire.

Join a gang, or start one yourself and compete against thousands of other players worldwide. Gangsters.com will use the HODL Games token, which allows users to earn tokens by playing the game or inviting new players. The first test version of Gangsters.com will go online later this year.

HODL Games is specialized in developing and publishing online web-based games. A young and experienced team is serving worldwide gamers a lot of gaming fun! HODL Games keeps developing new titles so they can provide a bigger variety of games to players worldwide.

HODL Games is a subsidiary of HODL Inc.